Avatar 2 Is Based On James Cameron’s Own Family, Says Sigourney Weaver 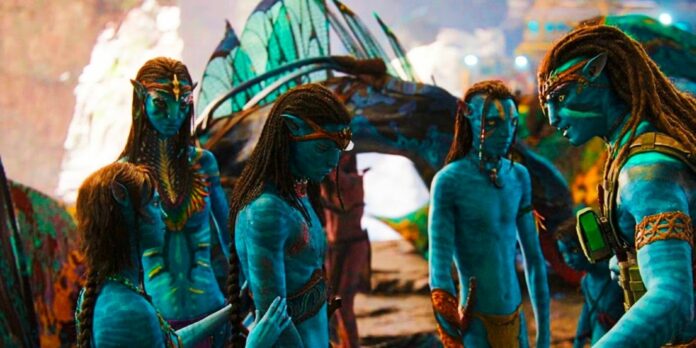 Avatar: The way of the water is based on James Cameron’s own family, says Sigourney Weaver. Along with Sam Worthington, Zoe Saldaña, Stephen Lang, Joel David Moore, CCH Pounder, Giovanni Ribisi, Dileep Rao and Matt Gerald, the iconic Aliens actress is one of many original Avatar stars returning in the upcoming sequel. However, instead of Dr. Grace Augustine who died during the events of the first film, Weaver will return in a surprisingly different role as Kiri, Jake and Neytiri’s adopted teenage daughter.

While plot details for The way of the water Thin, the sequel will take place more than a decade after the first film and revolve around the Sully family as they protect each other from the various dangers on Pandora. Based on the film’s marketing campaign, it seems that the sequel has two important things: water and family. The first Avatar 2 trailer showcased Pandora’s breathtaking ocean views and the dynamism of the Sully family, ending with the only spoken dialogue,”This family is our fortress.”

During a recent interview with Variety promote her new movie the good house, Weaver revealed some insight into Cameron’s long-awaited tent pole. The Avatar: The way of the water actor says Jake and Neytiri’s close-knit Navi tribe in the movie”very much based onthe filmmaker’s family. Read what Weaver shared below:

The story is about family, about our families trying to stay together [and] how far we will all go to protect each other and protect the place where we live. It is very much based on Jim’s family and his joy in the family; and also, how vulnerable you are when you have children.

Why family is so important in Avatar 2

Weaver’s comments reveal some insight into why family is such an important theme in Avatar 2. Cameron is the father of four children and, probably not coincidentally, Jake and Neytiri have four children in The way of the water. Cameron and his wife, Suzy Amis, also act as guardians of one of their daughter’s teenage friends, a life experience that the filmmaker also seems to have incorporated into Avatar 2‘s story when Jake and Neytiri also adopt a teenage daughter, Kiri. It seems Cameron is sticking closely to the old adage, “Write what you know.”

Prior to Weaver’s recent comments, Cameron explained why Jake and Neytiri have a family in Avatar 2. Based on his own life experience, these family dynamics heighten the emotional stakes of the sequel, which the writer/director contrasted with Marvel and DC films, which feature superheroes who often do not have children and therefore do not experience the same kind of vulnerability as Weaver. describes. Avatar: The way of the water will deliver all the spectacle audiences expect, but at the heart of the film is a tender tale of family, straight from Cameron’s heart and his own life experience.