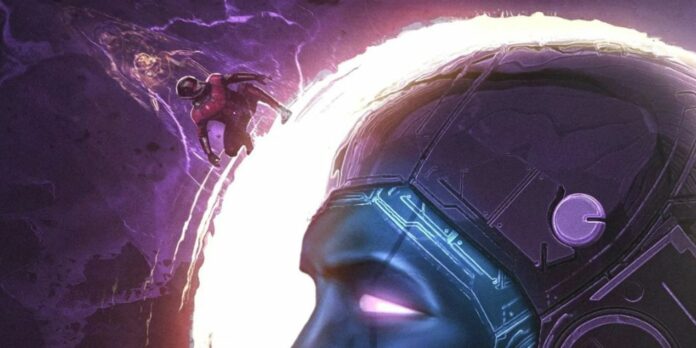 New fan art depicts what a battle between Ant-Man and Kang The Conqueror might look like in the upcoming Ant-Man and The Wasp: Quantumania.

Ant-Man and the Wasp: Quantumania is set to tell the story of Scott and Hope (Evangeline Lilly) as they explore the Quantum Realm and its various wild and wacky creatures. A recent trailer for the film, shown exclusively to attendees at Disney’s D23 Expo 2023, confirms that Majors’ Kang the Conqueror will also play a major role in the story after it was first introduced in the Season 1 finale of Loki if he remains. While fans who weren’t at D23 haven’t seen any official footage of the film yet, Reed recently teased that an official trailer for Ant-Man and the Wasp: Quantumania could be around the corner, which could shed more light on Kang’s role.

Related: Kang Might Not Be The Main Villain In Ant-Man 3

In an impressive new piece from Ant-Man and the Wasp: Quantumania fan art from Subi zil on Instagram, Paul Rudd’s Ant-Man can be seen battling Jonathan Majors’ Kang the Conqueror. The art sees Ant-Man shrunk, perched on some sort of protective force field around Kang’s face. The MCU villain doesn’t look quite the way the public last saw him in the Loki season 1 finale, and has a more comics-accurate look instead, including a helmet. Check out the fan art above.

What role will Kang play in Ant-Man & The Wasp: Quantumania?

With the announcement of several projects of MCU Phase 5, Kang’s role in the coming ant man sequel has become a much more exciting proposition. Avengers: The Kang Dynasty, expected to appear in 2025 confirms that the Majors villain will be a very important character in the MCU going forward, meaning Ant-Man and the Wasp: Quantumania will likely act as his official introduction to the key players in the MCU. Although Kang can already be seen in Lokithe show essentially operates in its own realm, away from the central action on Earth-616.

Given that the villain has been confirmed to return in at least one other MCU movie after Ant-Man and the Wasp: Quantumania, fans can already rest assured that Ant-Man alone won’t beat Kang the Conqueror. The upcoming third ant man movie is also expected to feature MODOK as a villain, which could mean Kang acts more in the background as a puppeteer of sorts, much like Thanos did during MCU Phases 1 and 2. Though it’s unclear how accurate Ozil’s art will be to the final film, fans shouldn’t wait too long before an official trailer is released Ant-Man and the Wasp: Quantumania.