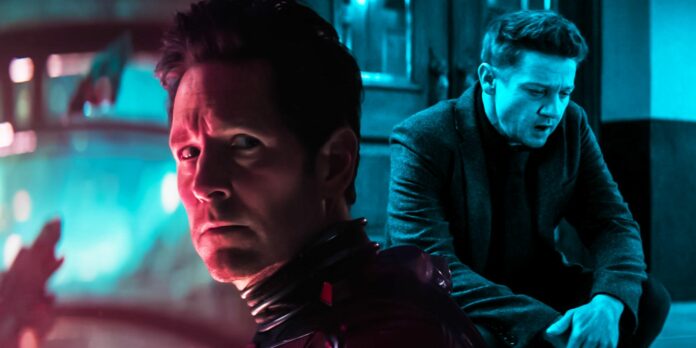 Ant-Man was featured in “Rogers: the Musical” and now no one seems to know who his alter ego is. Is Ant-Man’s identity a joke in the MCU?

Ant-Man and the Wasp: Quantumania seems to continue the confusion that last year hawkeye presented for the first time regarding the role and identity of Ant-Man. In the first trailer, Scott Lang reflects on how proud he is to be an Avenger, despite his past as a criminal. Several clips play out as he ponders, all positive interactions with the community, but the clip montage ends with a shop owner yelling: “Thank you Spider-Man!”

Scott Lang, known for his alter ego Ant-Man, admits in the trailer that, “Everywhere I go people tell me the same thing.” While the ant man trilogy and character are often played for comedy, the statement that this often happens adds to the confusion about Ant-Man’s identity in the MCU. In the Disney+ show of 2021 hawk eye, it was revealed that there was an in-universe musical devoted to the Avengers titled Rogers: the musical. It was an attempt to honor the Avengers’ heroic Battle of New York and the first time they came together as a team, but the musical’s creators missed a crucial detail. They include Ant-Man despite not joining the Avengers until four years later, in Captain America: Civil War. It all adds to the idea that Ant-Man is not taken seriously as a hero.

Related: Why Ant-Man is in Rogers: The Musical (despite missing the Avengers)

Is Scott Lang’s Alter Ego a Joke in the MCU?

Throughout the MCU, Ant-Man is seen as a comedic hero and even Scott himself will occasionally poke fun at himself and his alter ego. Having a little fun with his little superhero status makes sense for Scott’s character and makes for enjoyable Easter eggs for the audience. For example, it was revealed in Mrs. Marvel that he runs an Ant-Man podcast called “Big Me, Little Me.” However, it seems the rest of the world isn’t taking Ant-Man seriously as a hero as they forget his name and get confused about when he even joined the Avengers. When the climax Avengers: Endgame recovered half the population of the infamous Blip, it was Scott who used information from the Quantum Realm to help the team commit the Time Heist. However, Scott has not been given credit in the universe thus far for being such a crucial part of saving the world. In the MCU, a lot of people seem to see him as some sort of symbolic hero or even a joke.

One of the oldest tropes in the MCU (and Marvel comics) involves pairing “-man” and “-woman” with various insects and animals to create superhero names. The MCU seems to be getting more comfortable mocking its own trends with the recent Disney+ show She-Hulk breaking every MCU rule and openly poking fun at tropes that have made Marvel successful in the past. While the confusion between Ant-Man and Spider-Man in the universe is not new (i.e. Bruce Banner asks, “Wait, is there an Ant-Man and a Spider-Man?” in Infinite War) obviously the MCU is having fun by not taking itself and its silly tropes seriously like cliché names.

The trailer for Ant-Man and the Wasp: Quantumania certainly revealed more about the little superhero with just a single line. While the Ant-Man movies are often lighter, family-focused adventures, it looks like the third movie will be a much bigger undertaking for the heroes, even if it goes back to hawkeye‘s joke at his expense. After Scott Lang and the rest of the crew embark on their journey to the Quantum Realm, Ant-Man can finally be seen as a hero in his own right and no longer just a joke.

Next: What to expect from Ant-Man 3