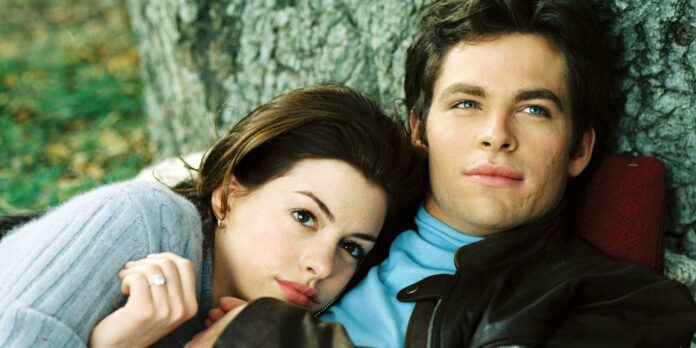 Anna Hathaway Says She Still Wants To Make The princess diaries 3 to happen. Hathaway, now an acclaimed, Oscar-winning Hollywood star, had her feature film debut with The Princess’s Diary in 2001 at just 18 years old. Based on Meg Cabot’s teenage novels of the same name, the film centers on Amelia Mignonette Grimaldi Thermopolis Renaldi (Hathaway), a shy teenager who discovers she is the sole heir to a kingdom. Julie Andrews starred alongside Hathaway as Mia’s paternal grandmother, the current Queen of the Kingdom and the bearer of the news.

Hathaway and Andrews, along with director Garry Marshall, all returned for a sequel, The Princess Diaries 2: The Royal Engagement, in 2004. Both films spawned many internet memes and are still referenced in pop culture, proving the lasting impact of the nostalgic franchise. Although the reluctant princess settled into her royal role in the sequel film, the many source material novels show that there is much more story to discover. Hathaway hasn’t been shy about announcing her interest in a third film, sparking rumors of a potential Princess Diaries 3 in 2019. However, Andrews has previously stated that she cannot imagine returning to the franchise without Marshall, who passed away in 2016.

During a new conversation with Entertainment tonight, Hathaway confirms her continued interest in returning to the franchise, despite Andrews’ previous comments. One of the actor’s main reasons for wanting a third film is the chance to team up with Andrews again, as she deeply admires her legendary former co-star. Check out what she has to say below:

I would more than entertain it, I’m pulling for it. If there’s a way to get Julie Andrews involved, I think we’d make it work. We would go where she was and put a green screen behind her and just let it happen.

How A Princess Diaries 3 Could Happen

While Hathaway’s comments are heartwarming confirmation that she’s still invested in making Princess Diaries 3 happens, it seems her involvement hinges on playing alongside Andrews again as she seems willing to do whatever it takes to make it work. Given Andrews’ lack of interest in making a third film since Marshall’s passing, it’s hard to see how Princess Diaries 3 can happen. However, there are still many novels to adapt, and Mia’s story isn’t finished yet, as viewers have barely had a chance to see her in action as a legitimate, independent ruler. If Hathaway manages to get Andrews on board, viewers will finally be able to revisit the fictional kingdom of Genovia.

Princess Diaries 3 would likely follow Mia’s day-to-day life with her sequel beau Nicholas (Chris Pine) as she adjusts to life as royal leaders, perhaps even with an heir of her own, given the nearly two decades that have passed since the last film. As legacy sequels grow in popularity, diary of a princess would be a perfect franchise to revisit, full of heart, laughs and growing pains. With Hathaway still vocal about her desire to step into Mia’s shoes again, fans of the diary of a princess movies might have a charming new movie to look forward to.

Next: Why Mary Poppins’ Author Hated The Disney Movie So Much